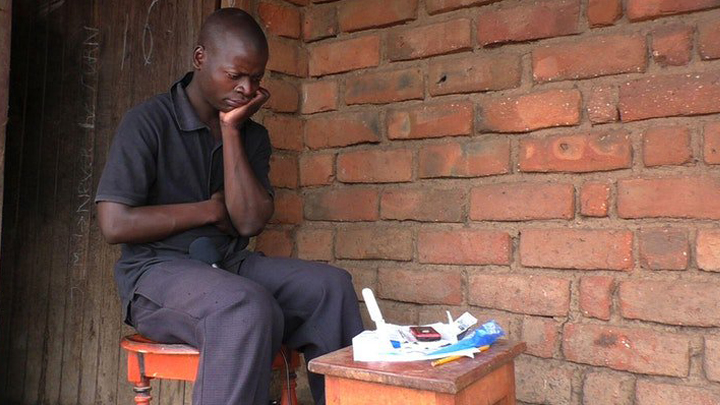 In Our Hands
Global Health Film Initiative, Liverpool School of Tropical Medicine, Malawi-Liverpool-Wellcome Research Programme, World Health Organization (WHO)
In Our Hands is a public engagement project about the introduction of HIV self-testing in Malawi from a community perspective. It included a week long community video workshop and the production of a 27 minute film that was screened in eight locations for World AIDS Day 2017. The film is now available as an open access resource on the World Health Organisation website.
Link to the film.

In Our Hands: A participatory media project exploring HIV self testing
Global Health Film Initiative, Liverpool School of Tropical Medicine, Malawi-Liverpool-Wellcome Research Programme, World Health Organization (WHO)
In Our Hands is a short film to introduce a participatory media project exploring HIV self-testing in urban Blantyre, Malawi. It is a collaboration between the Malawi-Liverpool Welcome Trust Clinical Research Unit and the Global Health Film Initiative.

If You Don’t Have Land, You Are Nothing
Women for Women International
A film about marginalised women’s access to land in the Democratic Republic of Congo. This film was made by women in Mumosho district, eastern DRC as part of a project funded by DFID. The participatory video project was designed and led by Millie Harvey.

An A-Z of Poverty
Freedon from Torture
An A-Z of Poverty is a documentary commissioned by Freedom From Torture, a medical foundation and charity that provide direct clinical services to survivors of torture who arrive in the UK. Produced by BAFTA & Emmy Award winning producer Sheila Hayman and director Millie Harvey, the film explores the struggles of people recovering from torture in poverty and in an unfamiliar country.